What is Cognitive Impairment?

Taking a complete history and doing a comprehensive physical examination make up the cornerstone of diagnosing any condition. They play an especially important role in assessing cognitive impairment since the condition is a clinical diagnosis.

Taking a history requires multiple people. Sometimes, the patient will report concerns first. They may notice difficulty doing tasks they used to be able to do or increased forgetfulness. Most often, the patient does not notice these changes. Instead, they are brought in by a family member. In both cases, it is important to interview both the patient and a
witness. The patient may give one history while the witness is able to give the full story. Sometimes patients with cognitive impairment or dementia may seem completely normal to a physician who does not know them well. The witness is able to put their story into better context. Another important part of taking a complete history is asking about symptoms of other conditions that may masquerade as cognitive decline. These conditions include depression, malnutrition, and thyroid disease.

Another part of the assessment is the physical exam, as mentioned above. The physical exam is important in order to differentiate among different causes of cognitive impairment and to rule out unrelated conditions that can masquerade as cognitive decline. Often, a doctor will do basic exams like listening to your heart and lungs. They may also look for other signs of cardiovascular disease, like swelling in your legs. Malnutrition can result in changes in skin, hair, oral mucosa, and a whole host of other physical changes. The doctor may also look for signs of thyroid disease, like weight gain and a lump around the neck.

There are a number of screening tools in addition to the history and physical exam that physicians use. Screening tools are just tests that hint at whether the patient is likely to have the condition. Doctors must then administer more tests if the screening tests are positive.

Two main screening exercises are called the Mini-Mental Status Exam (MMSE) and the Montreal Cognitive Assessment (MoCA). These exams are slightly different from one another but are based on the same premise. They each ask the patient to do different tasks. These tasks include mapping out letters and numbers, drawing a clock, naming animals, etc. On average, the MMSE and the MoCA take about ten minutes. The results of the exam indicate whether or not a person may have cognitive decline.

If the patient does show cognitive impairment on the screening exams, they may be sent for a more involved neurocognitive consultation. Normally done by PhDs, these are very long examinations based on similar principles as the MMSE and MoCA. They can take as long as 4-6 hours. However, the time is well spent. From the neurocognitive exam, doctors can tell the type of cognitive impairment and the degree of involvement. This exam gives the physicians better information in order to help the patients treat and manage their cognitive decline.

How to Manage Cognitive Impairment

There are many different ways to manage cognitive impairment depending on the type and cause of impairment. However, most of these treatment methods rely on changing the patient lifestyle, supporting the family and their needs, and perhaps mitigating and treating some of the underlying risk factors. For example, many treatment methods involve working around the patient’s deficits. This may mean that the family needs to hire further support in
order to help their family members with cognitive decline. It may also mean that the family itself needs more support in the form of family therapy or home health visits.

Treating some underlying risk factors depends on the type of cognitive impairment. Normally for example a common type of cognitive impairment is caused by underlying vascular pathology. The changes to the vasculature are caused by common diseases such as high blood pressure and high cholesterol. While in many cases this damage is long term, managing the risk factors through medication, diet, and exercise can help prevent further harm. 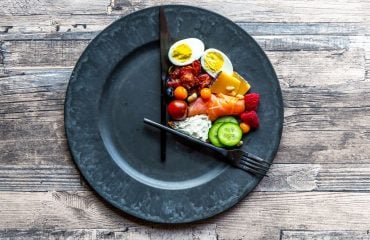 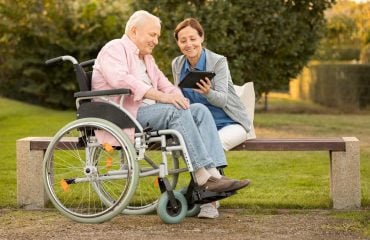 Aging and Caregivers: The Unsung Heroes

Depression and Aging: An Increased Risk