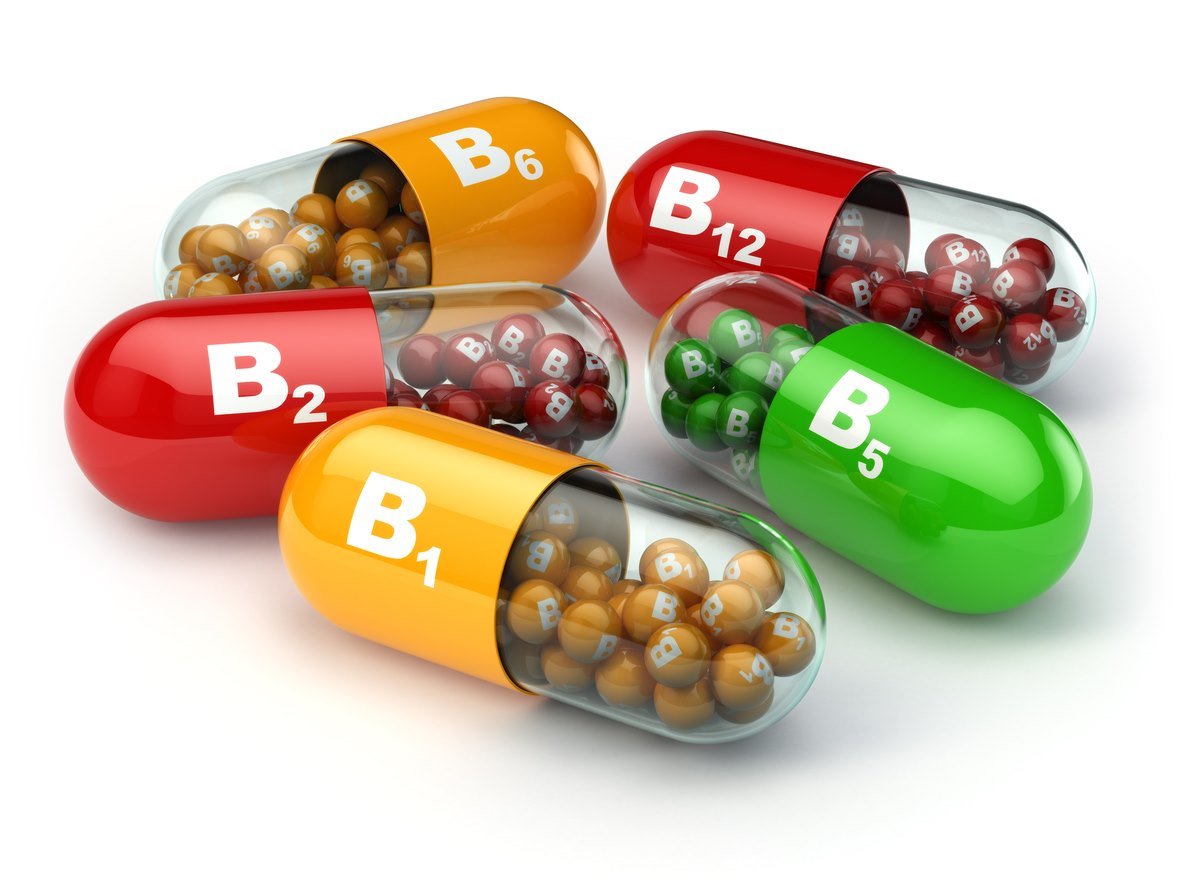 The B Vitamins and Health

The B Vitamins are a large group of important vitamins. There are 8 major B Vitamins: B1, B2, B3, B5, B6, B7, B9, and B12. While they all have a similar molecular structure, they are in all actuality very different from each other. Understanding their differences, their functions, and the symptoms people may have when deficient is important when trying to optimize nutrition. While their functions may be different, many of them can be found in the same food items.

Vitamin B 1 , also known as thiamine, is responsible for many important functions in the body. Specifically, it is a part of a process that breaks down glucose (blood sugar) and creates energy in the form of ATP molecules. Without ATP, highly aerobic organs like the brain and heart cannot function.

There are many causes of low thiamine levels. This includes heavy drinking resulting in malnutrition, malnutrition for other reasons, malabsorption, diarrhea or prolonged vomiting, and surgery, just to name a few. There are a number of disorders associated with thiamine deficiency. Beriberi is caused by malnutrition and/or heavy drinking. Sometimes, it is caused by pregnancy or thyroid disorders. One can be diagnosed with dry beriberi or wet beriberi. Dry beriberi manifests as sensory and motor nerve issues often in the limbs, progressive muscle wasting, and confusion. Wet beriberi is characterized by heart failure, swelling, and an increased heart size. Another condition caused by thiamine deficiency is Wernicke Encephalopathy. Often associated with prolonged drinking, symptoms include confusion, difficulty walking, and eye twitching called nystagmus. If not addressed quickly, this can turn into a permanent condition called Wernicke-Korsakoff syndrome. In addition to the above- named symptoms, this syndrome also includes memory issues, specifically confabulation and amnesia, and an apathetic affect.

Vitamin B 1 is found in beef, liver, nuts, oats, eggs, and many other foods.

Riboflavin is a part of certain chemical reactions in the body that produce molecules important in other reactions. People can become riboflavin deficient due to malnutrition, pregnancy, or restrictive diets, like veganism. The symptoms include changes to the skin and mucosal surfaces. For example, people may experience seborrheic dermatitis, often thought of as dandruff, cheilitis, or cracking of the corners of the lips, stomatitis, otherwise known as mouth ulcers, and a sore throat. They may also experience fatigue due to anemia. Lastly, they may experience changes in vision, as a low level of riboflavin causes the vessels in the cornea to change.

Riboflavin can be found in beef, tofu, milk, mushrooms, spinach, avocados, eggs, and other foods.

Like riboflavin, niacin is a part of many chemical reactions in the body that produce energy molecules. It specifically provides electrons so the body can make fatty acids and steroids. It is also responsible for the system that breaks down many medications in the liver.

Like the above vitamins, a deficiency in niacin is often caused by malnutrition and heavy alcohol consumption. It is also associated with tryptophan deficiency caused by two conditions: Hartnup disease and carcinoid syndrome. While these syndromes are outside the scope of today’s focus, it is important to recognize that niacin deficiencies can be due to issues beyond malnutrition alone. Similarly, a deficiency in vitamin B 6 may cause a niacin deficiency. Low niacin symptoms include inflammation of the tongue known as glossitis, a specific rash called pellagra, diarrhea, and even dementia.

Vitamin B 3 can be found in liver, chicken breast, turkey, salmon, anchovies, and other meets.

Vitamin B 5 is an important cofactor in chemical reactions in the body. It helps make fatty acids, cholesterol, and other molecules for uses in energy cycles. Symptoms of low pantothenic acid include adrenal insufficiency, hair loss, skin rash, and diarrhea.

Vitamin B 5 can be found in fish, avocados, chicken, beef, pork, lentils, and sweet potatoes, just to name a few foods.

Pyridoxine is a coenzyme in many chemical reactions that are all crucial to body function. A deficiency in this vitamin is caused by heavy drinking and malnutrition. Unlike the other aforementioned vitamins, it is also caused by chronic renal failure, chronic hepatitis, and some medications. It also causes cheilosis, glossitis, and stomatitis.

Vitamin B 6 can be found in chicken, turkey, pork, wholegrains, eggs, and other foods.

Biotin is another coenzyme important in the synthesis of fatty acids and glucose. A deficiency is caused by malnutrition or prolonged use of antibiotics. Symptoms of biotin deficiency include skin rash, eye inflammation called conjunctivitis, diarrhea, hair loss, and muscle pains.

Vitamin B 7 is best found in eggs, peanuts, walnuts, whole grains, salmon, and pork, among many other items.

Folate is a very important B Vitamin that is absorbed in part of the small intestine, transported in the blood, and reserved in the liver. It is important for DNA synthesis. While alcohol consumption and malnutrition may cause folate deficiencies, diseases that affect the small bowel also effect the folate level. These diseases include tropical sprue and Celiac Disease. Additionally, many medications may cause folate deficiency. Symptoms include fatigue due to anemia, glossitis, and birth defects if present in a pregnant woman.

Folate is high in beans, lentils, asparagus, spinach, broccoli, avocado, mangoes, lettuce, and many other vegetables. Many processed foods, like bread and cereal, are artificially fortified with folate. This helps many people access folate even if they do not regularly have access to fresh fruits and vegetables.

Cobalamin is the last B Vitamin, but one of the most important in the complex. Like folate it is absorbed in parts of the small intestine, and stored not only in the liver but also in muscle tissue. Cobalamin is stored for much longer than folate. Deficiencies may be caused by chronic issues, like malnutrition, vegan diets, pancreatic insufficiencies, malabsorption caused by diseases of the intestine, or gastric bypass surgery. Symptoms are similar to that of folate deficiency: fatigue from anemia and glossitis. However, unlike folate deficiency, cobalamin deficiency may also present with neurologic symptoms. These include changes in mood or nerve pain.

Cobalamin is found almost exclusively in animal products, including fish, poultry, other meat, eggs, and dairy products. Like folate, many food items are fortified with vitamin B 12 .

As you can see, the B Vitamin Complex is very important to the human body. Without it, one’s health suffers. At the Anti-Aging and Wellness Clinic, we strive to help you with your health goals. We offer nutritional counseling and IV nutrition to help identify and correct any vitamin deficiencies. Contact us today to learn more. 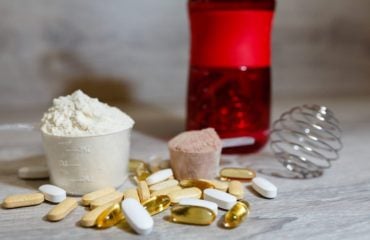 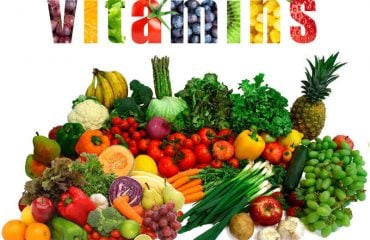 Vitamins and their Impact on Health 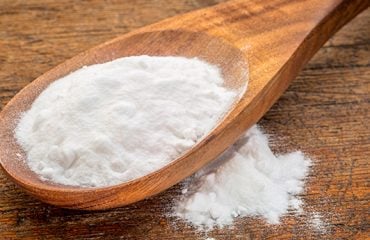 What is MSM and is it a Miracle Supplement?